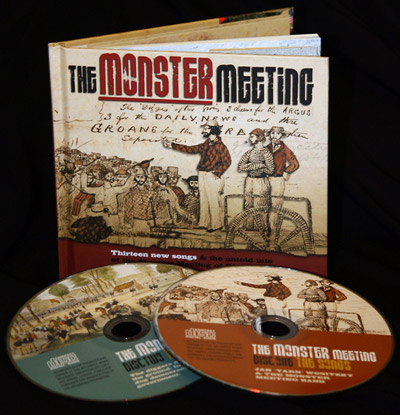 This brilliant new double album is at once a theme album, a feast of varied songs from 10 different songwriters, a showcase of some very mature musicianship from The Monster Meeting Band, and and a protest album that speaks to us today through the story of the Monster Meeting of Diggers, 1851.

This was the first mass protest meeting in Australia, when 15,000 diggers stood up to the Victorian Government’s Gold License, a tax whether they earned any money or not, and won. In doing so they set a path for democracy in Australia. 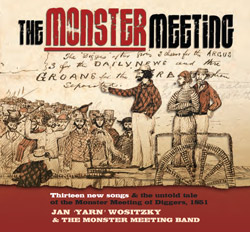 The songwriters, some well known, some not, are listed below.

Richard Lewis: We Are Starting Something Here

Jamie Roberts: The Cards That Fell

Mickey Levis & Annie Morabito: More In Our Hearts than Gold

Dave Maxwell: Gather ‘round the Flag

Merryn Lamb: We Stand for Our Rights

Tony Ryan: The Quartz And The Clay